The Hatzolah emergency response team in Judea and Samaria said there were no physical injuries reported in the attack.


No information was available on damage to the vehicle.

Arab terrorists also firebombed an Israeli vehicle as it was traveling between the Tunnels checkpoint at the southernmost exit from Jerusalem on the Gush Etzion Highway (Highway 60), and the Arab village of El Khader.

Miraculously, the driver and passengers escaped injury, although the flaming Molotov cocktail (firebomb) started a fire in the brush by the side of the road.

Arab terrorists also hurled rocks at Israeli security personnel who were stationed just north of the “T” junction, just before 7 pm. No injuries were reported. 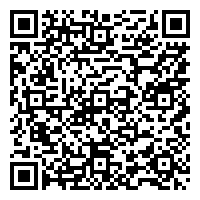