Israel Police reported that an Arab man attempting to board the Jerusalem light rail at 9:10 AM Sunday was carrying an explosive charge on his person. The attempted terror attack happened at the train stop near the corner of King George and Jaffa (Yafo) Streets, in central Jerusalem,

The man, who was standing next to the train stop raised the suspicions of train security guards who inquired about his shoulder bag. A guard examined the bag and found multiple pipe bombs inside.


The terrorist is a Palestinian Authority Arab in his twenties from Beit Ula in the Har Hebron region. He was detained and the entire area was quickly cordoned off.

Police and sappers are examining and dealing with the explosives bag.

The terrorist was arrested and taken to a local police station for interrogation.

The areas around Yafo Street and King George are currently shut down to all traffic.

The terrorist arrived at downtown Jerusalem on an Egged bus, but didn’t blow the bombs up on the bus as he wanted to explode them on the Jerusalem train.

Police are checking the area to see if he was not alone.

10:26 AM – Police have declared the event over. The Jerusalem Light Rail is running again.


Natan Epstein, who was on the train at the time, reports from the field what he saw:
Advertisement 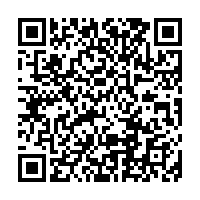