As of Sunday, a new Israeli law titled the Domestic Dispute Settlement Act requires couples to make an attempt to resolve their disputes through peaceful means before they can embark on divorce proceedings. The new law is the result of a collaboration between Justice Minister Ayelet Shaked (Habayit Hayehudi), Minister Yariv Levin (Likud), and MKs Shuli Moalem-Refaeli (Habayit Hayehudi), Merav Michaeli (Zionist Camp), and Aliza Lavie (Yesh Atid).

Minster Shaked said in a statement about the new law: “It is our duty to protect the children, and I’m sure this is what the parents want more than anything else. In the end they remain parents even when they are no longer a couple.”


According to the new law, before a couple is allowed to start divorce proceedings, the couple must engage in up to four meetings, at the state’s expense, to try to resolve their differences through peaceful mediation in order to avoid dragging their disputes to court. The couple’s first meeting will be in a therapeutic setting, without their attorneys present. During this initial meeting the support unit will determine the character of the next three meetings — whether the couple should engage in more therapy without their lawyers, or should move ahead to mediations, with their lawyers present.

The process of having the therapeutic and/or mediation meetings before being able to file for divorce will take 45 days.

MK Michaeli believes the new law will cut down the number of divorces in Israel. “The dispute will begin, instead of with courtroom wars, with a session at the nearby support unit, where the couple will arrive for four meetings at the state’s expense, completely confidential, where they’ll receive information on ways to manage their dispute without starting world war three and without tearing up their children,” MK Michaeli said.

Some couples who are already in the midst of their divorce proceedings have told Army Radio that the new law is ineffective and only complicates things. The new law is also not a favorite of divorce lawyers, who have been enjoying a bonanza in recent years, with the rate of divorce in Israel soaring.

Some women’s advocates have argued that in cases of a violent husband who beats up his wife and engages in vindictive action against her, the 45 days of therapy will only extend the woman’s suffering. 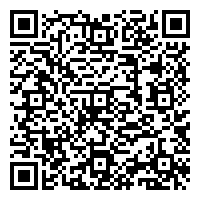