Gilad Erdan said that due to the fear of an escalation of violence [against the PA] during Ramadan, the Palestinian Authority gave the hunger-striking terrorists imprisoned in Israeli jails a ladder to climb down from, according to a Yisrael Hayom report.

Erdan said, that Israel and the Israeli Prison Authority were able to get the message across to the terrorists that their hunger strike failed and restore deterrence.


According to a survey by Ma’an, 70.5% of Arabs believe that the hunger only obtained the minimum of the prisoner demands.

16.5% of the Arabs surveyed actually believe that most of the prisoner demands were obtained.

13.1% are unsure if the minimum or maximum of the demands were obtained.

In Israel, left-wing newspapers posted articles claiming the hunger strike was a victory for Marwan Barghouti. 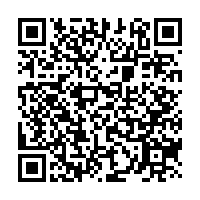