Eight people were allegedly injured Wednesday afternoon in a suspected terror stabbing attack in the southern Swedish town of Vetlanda near the capital city of Stockholm, according to the AFP news agency.

A man in his twenties attacked his victims with a “sharp object,” seriously injuring two, according to the report.


Swedish police reportedly shot the attacker in the leg, neutralizing him. He was then arrested and taken into custody, after which he was transported to a hospital for treatment under armed guard.

Police are treating the incident as a “suspected terrorist crime,” according to AFP.

“These are terrible events and my thoughts go to the victims and their relatives,” he said.

“Right now it is unclear exactly what happened and what the motive was. The police have arrested a suspected perpetrator and have initiated a special incident to handle the development of the incident and create security in Vetlanda.”

Vetlanda is located nearly 300 kilometers (186 miles) northeast of Malmo, about three and a half hours’ drive.

The Man Of Good Deeds 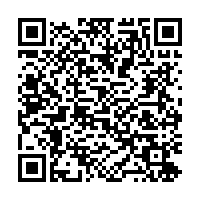