A Jewish-Muslim family from Syria escaped from the country’s civil war to Israel.

The family, made up of three generations, traveled for weeks through conflict areas before crossing the border to a neighboring state and then flying to Israel. The family is now living in an absorption center near Tel Aviv, according to The Jerusalem Post, which first reported the escape after a gag order was lifted on the news.

The escape and rescue was arranged by Moti Kahana, an Israeli-American businessman who has been involved in humanitarian efforts for Syrian refugees during the three-year civil war. Kahana reportedly used his connections with leaders of the Syrian opposition to help the family escape.

The Jewish Agency, the Ministry of Absorption and the Israel Flying Aid NGO assisted in the rescue.

About 20 Jews remain in Syria, all in Damascus, according to the Post.

Hundreds of Syrian victims of the civil war have been treated at hospitals and field hospitals in Israel. 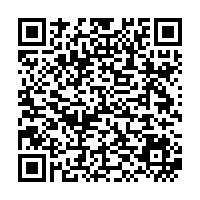