As part of ongoing efforts to advance economic ties between Israel and China, an inter-ministerial task force led by Israel’s National Economic Council along with a team from the Israeli Ministry of Economy headed by Chief Scientist Avi Hasson is meeting with Chinese counterparts from the National Development and Reform Commission (NDRC) to create opportunities for collaboration between Israeli and Chinese companies.
The Chinese delegation, headed by Mr. Ren Zhiwu – Deputy Director-General of the Hi-Tech Industry Department of the NDRC – arrived in Israel this week for the first working meeting with the Israeli group. It is the first time that the Chinese delegation has come to Israel.The Chinese delegation is made up of 7 officials from the NDRC along with a business contingent of 33 representatives from leading Chinese firms in such fields as biomed and venture capital, as well as representatives of several Chinese high-tech/industrial parks chosen by the NDRC to engage in joint ventures with Israel.“The meetings between Israeli and Chinese companies within this framework will bring true commercial results,” said Chief Scientist Hasson. “It is doubtful if these would have been achieved without cooperation between the two countries on an official level.”At a joint seminar during the meetings, potential models for cooperation with Israel from the viewpoint of the NDRC were presented – models which can assist Israeli companies in need of support and guidance in their effort to penetrate Chinese markets, including incubators and centers of excellence in China.Representatives from Chinese companies engaged in investing, R&D and technological parks, along with representatives of Israeli companies, presented various models to help Israeli firms enter the Chinese market.Roey Fisher, Deputy Director of the Foreign Trade Administration in the Ministry of Economy, moderated the discussion about the industrial parks in China, saying, “The basis for good cooperation is better mutual understanding. Thus it is important that both sides present their needs to each other in order to create successful matchmaking and long term mutual projects.”Following the seminar, Professor Eugene Kandel, Head of the National Economic Council at the Prime Minister’s Office of Israel, hosted a reception in which both the Israeli Chamber of Commerce and the Israel-Asia Chamber of Commerce participated.According to The Foreign Trade Administration, China is Israel’s second largest trade partner, reaching a total of $10.8 billion in trade volume. In 2013, Israel’s exports to China totaled $2.88 billion (an increase of 0.22% compared to 2012); imports from China to Israel in the same year totaled $7.99 billion (an increase of 0.7% compared to 2012). The leading sectors of exports to China include: electronic components (40%), chemicals (17%), diamonds (11%), medical devices (7%), mechanical and electronic equipment (6%), and communication equipment (4%). The leading sectors of imports from China include machines and industrial equipment (36%), textiles (1.9%), metals (9.4%) and chemicals (8.8%). 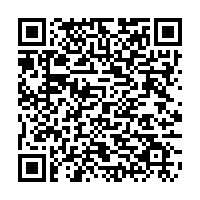