Monday, October 14, 2013 (10 Cheshvan): Jews on the Temple Mount today shouted out the Shema prayer, prostrated themselves on the ground (in Aleinu), unfurled an Israeli flag and sang Hatikva, the Israeli national anthem, before being stopped by police. Thirteen Jews were arrested.

The Israel Police, acting contrary to Israeli law, forbids any non-Muslim form of worship on the Temple Mount. Jewish symbols such as the flag of Israel of the star of David are also forbidden, as is the national anthem of Israel. The reasoning behind the ban is to placate the Muslim Wakf which enjoys custodial authority on the Mount.


The first half of this video was filmed by Jewish participants in today’s Temple Mount ascent, and the second half was filmed by the Muslim Wakf guards. 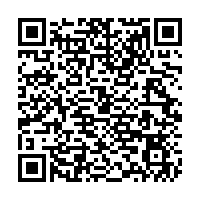