An IDF officer was wounded inside the Gush Etzion town of Efrat in a terror attack, early Sunday morning, according to the IDF.

The town’s security cameras saw a suspicious figure just outside the perimeter of the town at 1:40 AM. Local security forces and the IDF were called out and searched all night for the terrorist who was hiding in some bushes inside the town. At around 6 AM the terrorist jumped out of his hiding spot and stabbed an IDF officer involved in the search.


The attack happened at the entrance to Tziporen Street, next to Pitom HaKetoret Street, in the Zayit neighborhood.

Hatzalah Judea and Samaria says the officer is in moderate condition, with a wound to the stomach. He was taken to Hadassah Ein Kerem hospital.

The terrorist was shot and neutralized, and is currently listed in moderate condition, with a bullet wound to the head, according to Hadassah hospital (the terrorist was originally listed in critical condition, but apparently the bullet bounced off his head). The terrorist is a 20-year-old from the village of Irtas (Artas), next to Bethlehem, just north-east of Efrat.

The town of Efrat was in lockdown until 7 AM while security teams searched for possible additional terrorists.

The terrorist had 2 knives on him. A more serious attack was foiled.

7:09 AM: The lockdown is over. Schools will starting on time, with additional security. 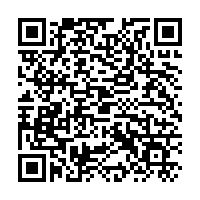