At least six masked terrorists blew up the gas pipeline from Israel to the city of el-Arish and to a cement plant in the center of the Sinai Peninsula Sunday night, according to Egyptian security officials.

The terrorists placed explosive charges under the pipeline in the town of Bir al-Abd in the northern Sinai. The blast caused huge flames. Egyptian authorities stopped the flow of gas to be able to extinguish the fire.


No terror group has claimed responsibility for the attack as of Sunday night.

The flow of natural gas from Israel to Egypt was not disturbed by the bombing of a pipe in Egypt that was probably meant to target the gas line.

Israel’s Ministry of Energy stated Monday that “at this time, the natural gas is flowing through the pipeline from Israel and arriving in Egypt.”

“The matter of the explosion, if it happened, is being examined by the Ministry in coordination with all the relevant parties,” the statement said.

The gas line between Egypt and Israel has been targeted several times in the past by Islamic terrorists, occasionally brining to the halt in the flow of gas between the two countries.

Natural gas began to flow from Israel to Egypt in mid-January, a historic event and “an important development that will serve the economic interests of both parties,” the two countries stated.

This significant step for Israel’s energy industry came just days after it signed a deal with Greece and Cyprus to build a natural gas pipeline that will supply gas from the East-Mediterranean region to continental Europe.

It has also recently concluded the final stages ahead of its pumping natural gas to Jordan.

Israel’s crucial gas discoveries in recent years are enabling the country to become energy independent and have also turned Israel into a major player in the international energy-exporting market. 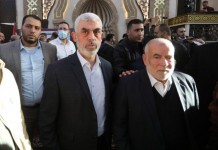 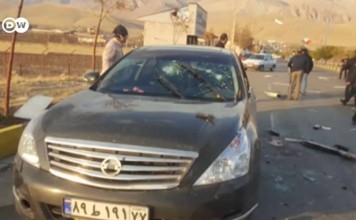