Prime Minister Benjamin Netanyahu has been accused of orchestrating his stop in Moscow last week just so he could be there in time to pick up Israeli prisoner Naama Issachar who was being released from a Russian penal colony. It was all about the photo-op, Israeli media suggested, implying Netanyahu’s meeting with President Vladimir Putin was just an excuse. After all, Israeli commentators argued, Netanyahu and Putin had met only a few days before, in Jerusalem.

On Sunday, the Russians all but confirmed those accusations. Kremlin Spokesman Dmitry Peskov told the program “Moscow. Kremlin. Putin” on state-owned Russian television channel Rossiya-1 that Netanyahu’s visit to Moscow had been arranged within 24 hours before the PM landed in Putin’s backyard on January 30.


According to Peskov, the visit “had not been discussed in advance and actually this was agreed within a day. … This was the Israeli side’s initiative and Putin was ready to support it, since this coincided with the declaration of US President Donald Trump’s initiative on the Middle East.”

Peskov explained that the request for the meeting was raised only three days ahead of time, to take place 24 hours after the White House declaration.

“Certainly, it was very important to receive first-hand information, in this case from Israel,” Peskov said, but reiterated it wasn’t the Kremlin asking Netanyahu for the scoop about Trump’s deal of the century, it was Netanyahu initiating the briefing.

As to the deal itself, the Kremlin spokesman noted: “We see the Palestinians’ reaction, we see the reaction of the whole number of Arab states, which show solidarity with the Palestinians in opposing this plan. This certainly raises doubts over its viability.”

“There is a whole number of respective resolutions of the UN Security Council,” Peskov added. “It’s obvious that certain points of this plan are not in full compliance with the UNSC resolutions.”

To sum up: Netanyahu certainly did not win hearts and minds in favor of Trump’s peace plan with his stop in Moscow. It remains to be seen whether the lift home he and Sara offered Naama and her mother has moved the needle among potential Likud voters. 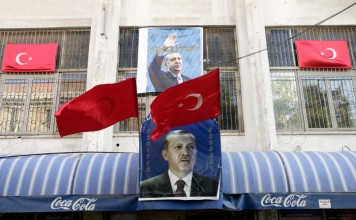