The accidental discovery of a sophisticated underground “mystery tunnel” more than 20 feet long and reaching near the site of this summer’s Pan Am games is being investigated by Canadian security experts as a possible preparation for a massive terrorist attack.

Update: Police announced that they don’t think that whoever built the tunnel had criminal intentions, but a former intelligence official commented, “What worries me now is we may never know who was behind that thing.”


Officials and the media are doing their best not to use the world “terror,” but no one has been able to come up with even an illogical explanation why anyone else would build a tunnel, 10 feet deep, 8 feet high and more than 20 feet long, complete with lights and a generator and near a site that will be top security when it is used n the summer.

The tunnel’s location near the site for this summer’s Pan Am tennis games immediately raised the alarm bells among security officials.

The Canadian Broadcasting Corporation (CBC) reported that a government worker discovered the tunnel while he was walking in a wooded area and noticed a hole in a fence near the Rexall Center, where the Pan Am tennis games are to be staged.

Official played down any immediate threat, and one official told CBC, “The threat level, as per the federal government, remains at medium level.”

However, since the games are to be held in the summer, it is obvious there is no threat now.

CBC quoted former assistant director of intelligence Ray Boisvert as saying, “First and foremost is the question around the context of the tunnel — where it is positioned? How deep was it? How accessible was it? And what sort of things could be sent through that tunnel, being people or material.”

The possibility of the tunnel being used as a drug lab has been ruled out, but the closes anyone came to using the word “terror” was Boisvert, who told the CBC:

I would think that they would want to have some level of assurance that this was not targeting the Games or targeting any other facility around there.

It is estimated that it took several weeks to build the tunnel. Whoever built it was careful to remove excavated earth to avoid detection. 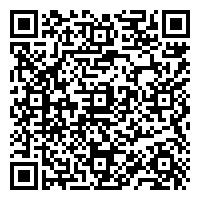