This January, Midreshet Emunah, a college devoted to Jewish women and family studies, will begin to train women to work as a kashrut supervisors. Training will be given in a comprehensive course that will include 150-180 hours of study, at the end of which each participant will receive a certificate that qualifies her to supervise commercial kitchens in Israel, Mynet reported.

Israel’s Chief Rabbinate is yet to give its formal approval to the initiative, but sources in the Rabbanut say they would consent to the training of female supervisors only after an organized set of rules is established to facilitate their integration into the field. But beneath the surface there are already ripples of resistance to the entire project. A source in the Rabbanut suggested that “there are fears that women’s organizations are behind the idea, in order to undermine the halakhic establishment.”


With or without chief rabbinate support, the college leadership is determined to offer the course anyway. “Until two years ago, that body that supervised the kashrut supervisors in hotels, restaurants, hospitals and other institutions were the local rabbinates in their city,” says Emuna movement spokesman Itzik Rhett. According to him, only two years ago a new law went into effect, empowering the chief rabbinate of Israel to decide who is qualified to be a kashrut supervisor.

“At the time we approached the chief rabbinate and asked their permission to open a course for women,” says Rhett. “Through informal means, we discovered that the rabbinate would not approve our course. We didn’t give up and constructed a complete course system, just like the one available to men. Laws of meat and dairy, meat preparation, kashering utensils, laws connected to the Land of Israel, Shabbat in the domestic and institutional kitchens, and keeping kashrut in hotels, hospitals and restaurants. We included every item included in the courses for men, and they still ignored our requests.”

Emunah Chairwoman Liora Minka has been very critical of the chief rabbinate. According to her, if the college is not granted rabbinical approval for the course, they will not hesitate to reach all the way up to the Supreme Court. “If they cannot embrace this rationally, let the High Court determine it,” she says.

“The notion that ‘the Torah prohibits anything new’ has become the expression of Haredi opposition to any renewal, any technological development, even if no religious prohibition is involved. The examination of insects in vegetables, adhering to the laws of milk and meat – are any of these beyond the comprehension of women? Of course not. Is there is an halachic prohibition on a woman working in a dining room or a kitchen? Is it so outlandish an idea that a woman would walk into the kitchen of a restaurant, a hospital, a banquet hall or a nursing home, open refrigerator doors and track the processing of raw materials and mixtures? These are rhetorical questions the answers to which are clear,” says Minka.

“Unfortunately, there are uneducated rabbis who cannot keep up with modern life. They are marching backwards in time. Just recently we heard statements by rabbis who still can’t accept the fact that women can cast a ballot on their own, to influence and sometimes to be elected and be excellent public representative, better than many men.”

Ten women have signed up for the course since it was announced on Sunday. Aliza Hochshtad from Efrat, one of the first women serving as kosher supervisors in Israel, says she is delighted with the news. “For years I tried to convince colleges that offered courses for kosher supervisors for men only that they should offer these courses to women, too. Unfortunately they didn’t pay attention to me.”

Hochshtad works for the rabbinic council of Efrat as a kashrut supervisor. She says she also travels a lot to conventions of kosher supervisors in the U.S.

Finally, the spokesmen for Chief Rabbi Yona Metzger and for the Rabbinic Posek (halachic “decider”), said they did not object to the idea of women kashrut supervisors in principle, but were worried about issues of… modesty and chastity.

When all else fails… 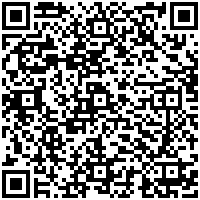