Since the commencing of Operation ‘Pillar of Cloud’ the police have recorded many events of terrorist activities and public disturbance in Judea and Samaria, which constitute a sharp increase in terrorist activity in the region. Stones and Molotov cocktails were thrown at cars, roads were blocked and tires were burned, marches were conducted. 201 events of rioting were documented by the police during the period of the operation. 136 rioters were arrested. 18 suspects of stone throwing were released, one suspect of throwing a Molotov cocktail was released; all the rest remain in custody.

On Nov. 20th an Israeli woman was critically wounded near the village of Hussan by rocks thrown at her car. On Nov. 22nd shots were fired at a bus in Gush Etzion, no one was wounded in this incident.


The police have stated that they will not tolerate disturbances, and they intend to use their full authority to bring to justice anyone who chooses to disturb the peace.

Tazpit News Agency has documented the increase events as well. The following is a log of the events documented by the agency, which occurred on Monday, Nov. 19th:

During the previous night, at the village Urif (near Yitzhar) – Police were attacked with stones, one policeman was slightly injured.

09:00 – Za’tara (near Tekoa) Dozens of Arabs rioted and blocked the road. The IDF responded with riot control measures.

11:00 – Dozens of Arabs blocked Route 443 in a protest against the Gaza operation. The rioters damaged the security fence.

11:00 – Disturbances of dozens of Arabs in Qalandiya, near Jerusalem.

11:25 – Bridge of Bir Zeit, about 200 Arabs tried to get to the Benyamin Highway, some throwing stones and burning tires. The IDF responded with riot control measures. During the public disturbances a fire bomber was identified as he prepared to throw a petrol bomb at the soldiers. They returned accurate fire. A knee injury was identified.

11:40 – Anun Junction (near Hebron) road blocked to movement of Jews due to some 100 Arabs rioting and throwing stones at IDF forces and Israeli vehicles.

13:30 – Damage caused to several Israeli vehicles due to stone throwing on Route 443.

13:50 – Furik Junction near Itamar, 200 Arabs rioting, burning tires and throwing stones. IDF troops pushed them off the road, which is used by both Arabsand Israelis.

13:55 – Road between Itamar and Elon Moreh blocked by stones. A number of Israeli vehicles were damaged, one of the cars of an Elon Moreh resident on his way to the south after receiving an emergency IDF call up.

14:00 – Dozens of Arabs rioted near the Ofer base, throwing stones and burning tires.

14:00 – About 30 Arabs blocked route 60 near Ofra, IDF forces dispersed the crowd. Stones were thrown at them.

14:00 – Nakhaliel, a number of Arabs trying to infiltrate the community. After arrival of Security forces they fled the scene, leaving PLO and Hamas flags on the fence. The security fence was damaged.

14:30 – Stone throwing at Benyamin, on the Abud bypass road. Stone-throwing continued until the night, causing damage to several Israeli vehicles.

14:30 – Riot of about 30 Arabs throwing stones at IDF forces and Israeli vehicles traveling on the Trans Benyamin road. Disturbances continued until the night, causing damage to several Israeli vehicles.

14:30 – Disturbance of approximately 50 Arabs from the village of Deir Abu Meshal in Benyamin. Stone throwing continued until dark.

15:00 – At Betilu, located near Neve Tsuf, rolling of stones and burning tires by dozens of Arabs. Road closed to Jewish traffic on and off.

16:40 – A terrorist who tried to throw a fire bomb at an IDF force near Beit Hadassah in Hebron was killed by soldiers.

18:00 – Throwing stones at Israeli cars and a bus at the intersection of Yitzhar. 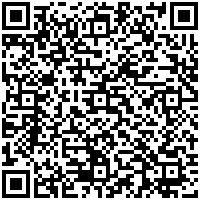