The suspiciously timed “investigations” against Netanyahu fueled by the constantly repeated reports of those investigations only helped Netanyahu in the polls, until the media finally realized they needed to back off the reporting because it was backfiring.

And then there was V15’s campaign. The Israeli people aren’t stupid. They saw the media manipulation. They understood about the foreign funding, and they hit back.

The news media’s outright lying about the number of people at the rightwing rally on Sunday didn’t help their credibility, but worse was the panic the media inadvertently sowed when, in their excitement, they kept hinting that Herzog/Livni would win – that was enough to get the people out.

If the media hadn’t invested itself in trying to oust Netanyahu, general voter apathy might have actually done the job for them. But when the Israeli people saw that the Left might actually come back to power, because of the media, that was enough to wake the sleeping giant. 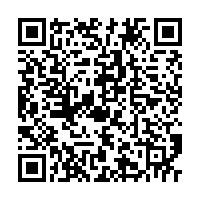