Can we press pause on all those Israeli election jokes about how Netanyahu won and Obama lost? Only because there is more that also demands our attention.

The JewishPress.com had a story up mid-day on Monday, March 16, explaining various ways in which the anti-Bibi campaign project known as V15 likely violated the U.S. tax code. One of the several points made in our article seems to have been missed by the many people who read it: the parent entity quietly and very recently (and too late to achieve its goal) amended its tax status, presumably to avoid the very criticism which had begun to come its way.

But the addition of a new non-profit tax status which would have barred the current wave of criticism, came too late. It is, in fact, an admission that what they did until the change was made — funding a campaign effort to defeat the Israeli prime minister and funding and running efforts to change Israeli law (to evade Israel’s democracy and cause the creation of a two state solution) – was illegal.

Our article compared V15 and its parent entities, OneVoice and Peaceworks Foundation, to Al Capone, who also did lots of nasty things but was ultimately brought down for violations by the U.S. tax code.

As with anything related to the tax code, a lot of technical information had to be conveyed in a way that was easily absorbable by a world not entirely made up of tax lawyers.

One point that was brought out in the story, which many missed because there was so much else to digest, is that V15’s ultimate parent entity, the funding source for it and the rest of OneVoice’s projects, quietly and very recently filed for an additional non-profit status with the IRS – known as a 501(c)(4).

This is what we wrote:

Of further interest is that the OneVoice website donation page, readers are now informed that those interested in making donations may do so either through the Peaceworks Foundation or the Peaceworks Action, Inc. The latter is a 501(c)(4), and as such donations made to that arm of OneVoice/Peaceworks is not tax-deductible. However, below that information we learn that Peaceworks Action, Inc. is brand new, so there is no Annual Report for that arm of Peaceworks for 2014 or any time before that. Recall that the State Department grant was for the year 2013 – 2014.

Here is a screenshot from the OneVoice donation page:

The difference between the two statuses, a 501 (c)(3) – the only status Peaceworks had until recently – and a 501(c)(4), is that the former cannot engage in the activities the JewishPress.com, as well as other careful watchers, pointed out: donating to a political campaign either to support or oppose a particular candidate, even one in another country, and seeking to influence or change the law, even one of a foreign country.

For organizations which have the other relevant non-profit status here, the 501(c)(4), those activities are permissible. In other words, had Peaceworks been a 501(c)(4) from the get-go, all of its now-exposed apparently illegal activities would have been permissible.

The new filing by OneVoice/Peaceworks to create an entity after the fact to whitewash its inappropriate and illegal activities undertaken as a 501(c)(3) reveals the extent to which those behind this effort are willing to subvert the processes of a democratic ally. One hopes the Congressional oversight committee investigating this balagan examines all the wrongdoing. 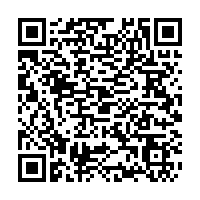