Some 5,000 French Jews participated in an aliyah fair in Paris.

The fair, organized and run by the Jewish Agency, took place Sunday as French voters went to the polls and elected Francois Hollande as their new president, beating incumbent Nicolas Sarkozy, considered the favored choice in the Jewish community.

“I cannot recall having seen such a massive number of people interested in aliyah since the days when lines of people stretched out of the Israeli embassy in Moscow,” said Jewish Agency Chairman Natan Sharansky, who attended the fair. The annual fair usually attracts about 2,000 visitors, according to the Jewish Agency.

A new survey conducted in March, of the 500,000-member French Jewish community, the second largest in the Diaspora, found that French Jews have grown so disgusted with anti-Semitism that more than one quarter of them are considering emigrating.

The poll was conducted by The Israel Project, which previously measured American attitudes about Jews and Israel in order to produce pro-Israel ads.

According to the poll, 26 percent of those surveyed said they have considered emigrating due to worsening French anti-Semitism.

Of them, 13 percent are “seriously” considering leaving, according to Washington pollster Stan Greenberg, who led the surveys and focus groups.

The mood among French Jews is like a “severe depression,” said Jennifer Laszlo Mizrahi, a founder of The Israel Project.

According to Ynet, official results show that 92.8% of French nationals residing in Israel (9,186) voted for Sarkozy.

The fair in Paris came on the heels of an attack on a Jewish school in Toulouse in which a rabbi and his two young sons and the daughter of the head of the school were killed.

On a visit Monday to Toulouse, Sharansky said the Jewish Agency and the Israel Trauma Coalition will send counselors to the Ozar Hatorah school from Israel in the coming days, followed by a delegation of Israeli youth counselors. The professionals are charged with helping the students and their parents, as well as the teaching staff, return to their normal routine following the March attack.

“I came to Toulouse in order to strengthen the children and the community, but also to remind them that the Jewish Agency will strengthen their connection to Israel and assist those who are interested in making aliyah,” said Sharansky, though he added that aliyah should not be based solely on a tragedy like the one in Toulouse.

JTA reports were used in this article. 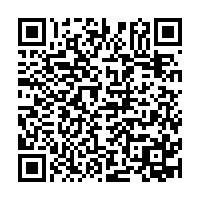