5:43 PM Update on injured: one light to moderate condition with stomach wounds and the other with light wounds.

5:22 PM The murdered girl is 17 years old. The terrorist is apparently still alive, but in critical condition. It appears the terrorist first tried to run people over and failed, so he then got out and began stabbing.

5:14 PM A 14 year old girl was killed by a terrorist in Alon Shvut (Gush Etzion) on Monday. The terrorist drove up to the hitchhiking post near the entrance to Alon Shvut, got out, and stabbed the girl. A man tried to stop him, and the terrorist stabbed the 50 year old man in the stomach.

5:05 PM A 14 year old girl was seriously injured after an Arab terrorist stabbed her in the neck at the entrance to Alon Shvut. A second man was moderately injured with a knife wound to the stomach. A third person in his 50’s was lightly injured.

4:51 PM Three people injured, one seriously, and two moderately in Alon Shvut, in a stabbing terror attack at the Alon Shvut junction in Gush Etzion. Details are still unclear.

The terrorist has been reportedly killed by the army. 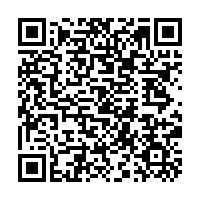