Haifa (TPS) – Three Israeli-Arabs are charged with planning stabbing attacks against Israelis in Jerusalem, according to two separate indictments filed on Wednesday in the Haifa District Court.


The three defendants are Ali Subh, Ibrahim Shami, and Mehdi Basal from the village of Jadeidi-Makr in the Galilee. Subh and Shami are charged with attempted murder, conspiring to commit a murder, and arms dealing offenses. The second indictment charges Basal with arms dealing as well as illegally purchasing and possessing a weapon.

According to the first indictment, Subh and Shami made their way to Jerusalem with knives, inspired by the wave of terror attacks in Israel. They intended to commit a stabbing attack at the Damascus Gate of the Old City, where many previous attacks took place. They did not carry out the attack, choosing instead to seek out firearms in order to cause greater damage.

On another occasion, Shami drove to Jerusalem with a knife given to him by Subh, who encouraged him to stab Israelis. The attack was stopped in circumstances not detailed in the indictment.

The two also planned several shooting attacks, and Shami even tried to find out the cost of weapons needed to carry out an attack.

The case was investigated by the Israel Security Agency (Shin Bet), and the indictments were filed by the Haifa district attorney along with requests to detain all three until the end of court proceedings against them. 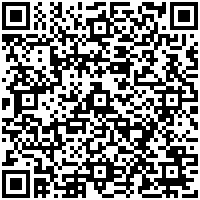