In an historic event, internationally acclaimed performers Avraham Fried and Yaakov Shwekey will appear together on stage as they headline this year’s annual United Hatzalah of Israel benefit concert on Oct. 1, during Chol Hamoed Succos. Due to increasing demand, this sensational concert will be held at the ICC Jerusalem – International Convention Center.


Proceeds from concert will directly support the volunteers of United Hatzalah of Israel. The organization’s lifesaving community emergency medical response service is offered at no cost across Israel. Using a unique community-based and technology-enabled model, the organization’s network of 3,000 volunteers responds to emergencies nationwide in an average of three minutes or less.

“This is by far the biggest concert we’ve hosted yet,” said Eli Beer, president and founder of United Hatzalah of Israel. “We moved to a bigger venue and added more seats this year, hoping to raise more funds for our incredible volunteers, who work tirelessly all year long to treat and stabilize victims. The proceeds from the evening will go toward purchasing medical equipment so that our volunteers will continue to be fully stocked when they go out to serve Israelis in times of crisis and emergency.”

United Hatzalah of Israel, which unites all of Israel in lifesaving, has brought together Shwekey and Fried because of their support to the organization and its important mission. The event also will honor world-renowned philanthropist Leonardo Farkas, of Chile, who will be dedicating a wall in the Great Synagogue in honor of United Hatzalah of Israel volunteers in the same week. Opening for Fried and Shwekey is the Moetzet by Yishay Lapidot.

Sponsorships and tickets are available here. 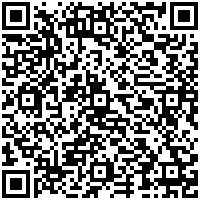