Safra Catz, co-CEO of the Oracle Corporation has been tapped to join President-Elect Donald Trump’s transition team. Born in Holon, Israel, Catz has been an Oracle Corporation board member since 2001. In April 2011 she was named Co-President and Chief Financial Officer, reporting to founder/CEO Larry Ellison. When Ellison stepped down in 2014, Mark Hurd and Safra Catz were named as the new CEOs.

According to Ha’araetz, Catz was part of a group of major hi-tech leaders who met with Trump last week, having met with him individually last month. Before the group meeting, Catz released a statement saying, “I plan to tell the president-elect that we are with him and will help in any way we can. If he can reform the tax code, reduce regulation and negotiate better trade deals, the US technology industry will be stronger and more competitive than ever.”

Campaign finance records show that Catz has contributed to both parties, as well as to a super PAC that supported Marco Rubio’s presidential bid. Catz is the second Silicon Valley exec on the transition team, alongside venture capitalist Peter Thiel, who spoke at the Republican National Convention in the summer. 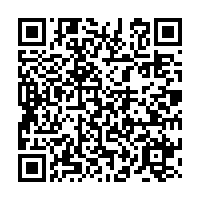