Turkey’s Housing Development Administration has begun construction of the remaining 700 kilometers of a massive wall designed to seal its 900-kilometer border with Syria.

The first 200 kilometer-long length of the wall has already gone out to tender, and is to be built by the country’s Defense Ministry, together with the governors’ offices of the neighboring provinces.


It is expected that the remaining section of the “security wall” will be completed within the next five months, Housing Development Administration director Ergün Turan told the Turkish Hurriyet Daily News.

“The increase of border security with Syria carries huge importance. With the completion of the wall, our border will become more secure,” Turan said, adding that the concrete blocks are two meters wide and three meters high.

Turan said the sections of the walls in the southeastern provinces of Hatay and Şanlıurfa were mostly completed and work was ongoing on other sections. He added the blocks each weigh seven tons, are covered with razor wire and are portable.

All five construction sites include minefields, making the work particularly difficult and meticulous, he said, with at least 200 to 250 gigantic concrete blocks produced at each for transfer to the border on trucks that must travel areas in which there are often no roads. 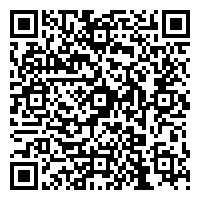