The Turkish Foreign Ministry announced Friday that a deal is to be finalized “very soon” with Israel.

In fact, the deal may close the next time the two teams meet, according to a statement by Turkey’s foreign ministry, quoted by Turkish media.


“The teams made progress toward finalizing the agreement and closing the gaps, and agreed that the deal would be finalized in the next meeting which will be convened very soon,” the Foreign Ministry said.

Talks in London lasted well into the night Thursday between Israeli and Turkish delegations, ending just before midnight.

The current round of negotiations started in December 2015, with both sides reaching a preliminary agreement to normalize relations, the Daily Sabah reported.

During that first meeting the two teams agreed on “the return of ambassadors to both countries, after Israel agreed to pay $20 million in compensation to the relatives of the victims of the Mavi Marmara raid.” Talks resumed in February of this year. During that meeting, “Turkish and Israeli officials discussed easing, rather than lifting Israel’s blockade of Gaza, which Ankara aims to begin rebuilding,” the newspaper reported.

During his visit to the United States a week ago, Turkey’s President Recep Tayyip Erdogan met with Jewish American leaders. He underlined the need for “cooperation against anti-Semitism and Islamophobia in the West” during the gathering, Turkish media reported.

American Jewish leaders also expressed their appreciation to the Turkish president for his nation’s assistance after the Da’esh (ISIS) suicide bombing on Istanbul last month. Three Israelis died and 11 others were wounded in the attack, which also killed an Iranian national and wounded 28 other people.

Israel’s President Reuven Rivlin spoke with his Turkish counterpart almost immediately following the attack, thanking him for his country’s supportive stance and vowing to work together against terrorism.

Israel and Turkey were once close allies. Israel’s war with Gaza in 2006 stretched the diplomatic ties to the breaking point, but the bonds were torn in 2010 over the deaths of nine Turkish activists on an illegal flotilla that tried to breach Israel’s defensive maritime blockade of Gaza. The activists attacked Israeli naval commandos who boarded the vessel to redirect it to Ashdod port; during the clashes, nine of the Turks died and a number of Israelis were badly wounded.

Turkey demanded compensation to the families of the deceased, an apology for the incident and the removal of the blockade. Outraged, many Israelis opposed any movement toward such demands. But time and discussions between old friends can accomplish much.

The first two conditions have long since been met. The last is impossible given that it is a national security issue; it since has been discussed and a compromise appears to have been reached.

“Israel allows commercial goods into Gaza daily,” Turkey’s Hurriyet Daily News noted in its coverage of the talks on Friday, “but limits the transfer of certain items such as cement and building materials as it fears militants could use them to build fortifications. Officials describe the blockade on Gaza, which is supported by neighboring Egypt, as a necessary means of preventing arms smuggling by Palestinian militants.”

The talks have come a long way indeed.

Oddly, business people in both countries never faltered even for a moment: if anything, trade between the two nations has increased over the past five years. Anyone looking for concrete evidence need only step into the new Machsanei Mazon supermarket that opened this past week in the northern Negev city of Arad.

Nearly 15 percent of the kosher-certified items in the store are from Turkey, including rarely-seen six-pack bottles of ginger ale and the “Dime” brand bottles of cherry-flavored juice drink that are found in every store in Turkey. You can’t find them with a hechsher (kosher supervision symbol) anywhere in the country.

You have to come to Israel to find Turkish products with (Turkish) kosher certification. 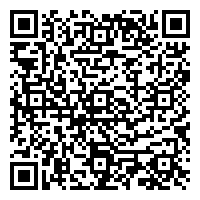