Police caught two armed 12-year-old Arab boys in the Old City of Jerusalem on Thursday, according to a TPS report.

The two were acting suspiciously, so Border Policemen stopped and searched them, discovering 3 knives hidden in their jackets, as well as a good-bye letter to one of their parents.


They were arrested and brought in for interrogation.

During the interrogation, the two admitted they planned to commit a terror attack – as if those knives and letter weren’t a dead giveaway. 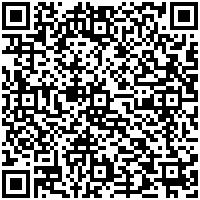