The nationwide Colel Chabad social services organization is already moving full speed ahead on its pre-Passover preparations. The organization, which has been running programs in Israel since 1788, is working with the government to implement a food security project for the holiday.

“The organization is working to help thousands of Israelis who are struggling with poverty,” said a spokesperson. “To prepare for the holiday, food and staples for Passover will be delivered to the homes of more than 20,500 families around the country,” she said.


An additional 20,000 people will be provided with full seder meals at Chabad houses around the country, the spokesperson added.

In addition, the organization has launched a debit card program that enables its clients to go to designated supermarkets and purchase their own chosen holiday necessities.

“They can do so with dignity and self-respect, without having to feel embarrassed that they cannot afford what they want or require,” Colel Chabad director Rabbi Mendy Blau told Chabad.org.

The program began at Purim time and is now in full force as Passover arrives. Blau noted that “a debit card program such as this also enables us to channel and monitor funds so that they are being used in ways that will truly help the beneficiary.”

Colel Chabad has partnered with local supermarket chains, as well as with IsraCard (the local operator of MasterCard) to create the smart card. Purchases can be made for any items at the designated markets, other than hard liquor or tobacco products.

The cards are funded by charitable donations. Donors can designate beneficiaries who fall within a specific category, such as widows, Holocaust survivors, lone soldiers in the Israel Defense Forces, victims of terror, etc. Anonymity is maintained to prevent undue embarrassment to the recipient. 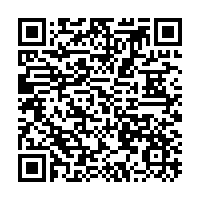