At a time when international sanctions seem to be getting results, and the United States appears to be avoiding public discussion of a military strike in Iran, a rare and ominous statement was made on Tuesday by a senior American official on the active preparations being taken for an operation against the Islamic Republic.

During a closed meeting held yesterday in Tel Aviv, U.S. Ambassador to Israel Dan Shapiro said that not only are all the options against Iran still on the table, but that above and beyond that, the United State has been working on getting the military option up and running, has actually completed the preparations for an attack, and has even tested them.


The closed meeting was being recorded by Ze’ev Kam of the daily “Makor Rishon.”

“It would have been better to solve it (the Iranian nuclear crisis) in a diplomatic way, by using pressure and without applying military force,” the ambassador clarified at the closed meeting, “But that does not mean that this option is not possible. Not only is it possible, it is ready. The necessary planning is in place to make sure it’s ready.”

Iranian Deputy foreign minister for Arab and African affairs Hossein Amir Abdollahian, expressed his hope today that next week’s nuclear talks between Iran and the sextet in Baghdad will be a step toward resolving the issue, and urging the West to continue negotiation in a realistic atmosphere. 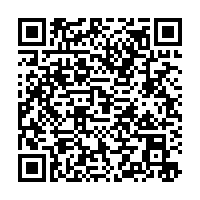