U.S. Senator Ted Cruz (R. Tex) spoke on the floor of the U.S. Senate on Thursday, June 26. He spoke about the three kidnapped Israeli teenagers, Gilad Shaar, Naftali Frenkel and Eyal Yifrach, and their abductors.

Cruz spoke in detail about each one of the boys, about the circumstances of the kidnapping and about the nature of Hamas, which Israel has named as the entity responsible for the kidnapping.

The name Gil-ad means “everlasting happiness,” Cruz explained. He talked about the hobbies and natures of each of the boys, providing details unseen in most news reports to date.

Cruz lashed out at the world’s media for not having the story on the front page as an entire nation is in agony over the innocent kidnapped school boys.

And the U.S. senator insisted that the Palestinian Authority should not get another U.S. taxpayer’s dollar so long as the genocidal Hamas is part of the government. Sen. Cruz said

Israel’s Shin Bet identified two key suspects in the abduction. These two individuals are members of Hamas, a vicious terrorist organization that seeks Israel’s destruction and has launched thousands of rockets into Israel, killing innocent civilians. Those rockets have also killed dozens of Americans in Israel. Now they have kidnapped three schoolboys.  Sadly, this is business as usual for Hamas. This is the same terrorist organization with which the Palestinian Authority recently joined in a so-called ‘unity’ government.

In addition to insisting that the U.S. refuse to provide additional funds to the PA, Cruz also said that the U.S. should be assisting Israel in every way possible until the boys are brought home.

Hamas, give the boys back. Hamas, give those boys back now. The full weight of the world should bear down on Hamas to give them back safely and immediately. If they do not, we should use all of the available means to stand unequivocally with Israel for however long it takes to find these boys and to bring them home. These are teenagers who were targeted for who they are, who have done no wrong, who have done nothing that comes near to deserving what has happened to them that day while waiting at the bus stop to go home from school.

Whether anyone else in Washington was listening, or cares, remains to be seen. 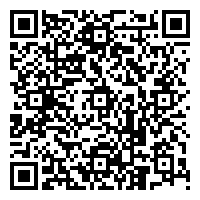