(JNi.media) Chief Rabbi Ephraim Mirvis has come out in support of Pope Francis, endorsing 17 goals that will form the blueprint for the battle-plan against global poverty, climate change and inequality. Rabbi Mirvis is urging Jews to ask their MPs to sign up the UK to a set of commitments to end global poverty by 2030.

“Judaism sets out a vision of what the future will ultimately hold for humanity. Our sages teach us that we must work towards a world where there is universal justice, security and truth,” Rabbi Mirvis wrote in Jewish News Wednesday, “Yet, although we have countless references in our religious and Biblical discourse to a utopian, post-messianic era in which these objectives are realized, they also teach us that social justice is very much achievable now. Not at some distant point in the future that we might feel is out of reach – but today, in 2015.”

The chief rabbi reported how, “with remarkably little fanfare, world leaders met last week to adopt what are known as the ‘Sustainable Development Goals’. They are the successor to the ‘Millennium Development Goals’ agreed by the international community in the year 2000 and represent the most realistic and unified approach in human history to tackling global inequality, poverty, hunger and climate change, to name but a few of their priorities.”

“There is reason to be optimistic,” Rabbi Mirvis continued. “The world has lifted more than a billion people out of extreme poverty since 1990 and the proportion of undernourished people in the developing regions has fallen by almost half. But what would our ancestors have made of our progress?”

In the end, Rabbi Mirvis asked his readers to be inspired by American author H. Jackson Brown, Jr. who said, “Live so that when your children think of fairness, caring and integrity, they think of you.” 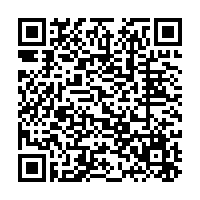