Yachad, the United Kingdom’s version of J Street, has just been admitted into the official inner sanctum of British Jewry, the Board of Deputies.

The Board of Deputies is a rough equivalent of the much longer named Conference of Presidents of Major American Jewish Organizations. That organization rejected J Street’s bid for admission late last spring. The BoD  has many more member organizations, although each represents a much smaller total number of Jews than does the American counterpart.


Officially the BoD describes itself as “the voice of British Jewry: a cross-communal, democratic, grassroots organization, and thus the authoritative first port of cal for Government, media and others seeking to understand Jewish community  interests and concerns.”

With 196 votes cast on Sunday, Nov. 16, there were 61 votes against admitting Yachad and 135 in favor, eking out just five votes over the necessary two-thirds majority.

Four of the five members of the Executive voted in favor of Yachad’s admission, according to an insider. The sole Executive vote against Yachad came from Jonathan Arkush, who is reputed to be a frontrunner for the position of president of the Board, a position which opens in May, 2015.

One member of the BoD spoke out fervently against the admission of Yachad to the group.

Jonathan Hoffman, a BoD deputy for half a dozen years representing the Woodside Park Synagogue, beseeched the large group to remain committed to the ideals of the BoD Constitution which requires the entity to “advance Israel’s security, welfare and standing.”

Hoffman made clear: Yachad is the antithesis of the BoD’s constitutional requirements and instead undermines them at every opportunity.

Hoffman provided several concrete examples of why Yachad should not be voted in as a member of the British Board of Deputies.

One reason he provided, and he drew heavily on an account given by a person who experienced it firsthand, is that Yachad’s main activity in Israel is arranging trips into Judea and Samaria with a horrific group whose sole goal is to denigrate the Israel Defense Force, a well-known group called ‘Breaking the Silence.’ The information provided by this organization – with Yachad’s apparent full support – blamed Israel for every problem and the Palestinian Arabs for none.

A second example provided by Hoffman was the irrefutable fact that Yachad supported the upgrade of the status of “Palestine” at the United Nations. This was particularly galling, given the BoD had assiduously lobbied members of Parliament against this alteration.

Hoffman rounded out his opposition to the inclusion of Yachad by pointing out that the the group has never condemned a boycott of Israeli goods, nor has it ever bothered to explain that Hamas targets Israeli civilians. Instead, “Yachad portrays the Security Fence only as something which harms the Palestinians. Yachad is silent when it comes to the number of Israeli lives the Fence has saved.

Taking the larger group to task for absurdly insisting that the BoD needs “to embrace Jewish organizations with whom we might disagree,” Hoffman demanded to know whether those voting in favor of embracing Yachad have no red lines at all.

Hoffman ended his statement by urging his fellow deputies to vote against Yachad membership to the Board.

“At this time – above all times – Israel needs support from the Diaspora. The last thing Israel needs is the vilification, denigration and falsehoods routinely seen from Yachad.”

Sadly, Hoffman’s prediction that his plea would be in vain was correct. The Board of Deputies has admitted Yachad as a full membership organization. 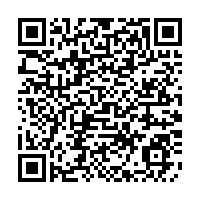