The British Parliament is finally on its way to “getting Brexit done.”

The legislative body this past Friday approved the Brexit deal presented by Prime Minister Boris Johnson in a vote of 358-234 on Johnson’s Withdrawal Agreement Bill. Johnson’s Conservative Party winning a landslide victory in last week’s elections helped a great deal, of course, by bringing an 80-seat majority to the 650-seat House of Commons.


The country faces a January 31, 2020 deadline on the issue. But Johnson said Friday that’s all over now, according to the New York Post.

“Brexit will be done, it will be over,” he said. “The sorry story of the last three and a half years will be at an end, and we will be able to move forward together.”

If all goes well, Britain will leave the European Union at the end of January in a deal ratified by the European Parliament by January 29, and will expect to conclude trade talks with the European bloc of 28 nations by the end of 2020.

Johnson said Friday he is confident of forging a “deep, special and democratically accountable partnership with those nations we are proud to call our closest friends” by the Brexit deadline. 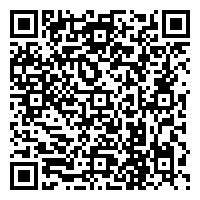