Following repeated missile launches from Gaza into Israel, as well as a plot to take down a helicopter, the IAF struck back, taking out Hamas policeman and rocket terrorist Mohammed Awar last Wednesday. Also injured in the strike was Awar’s human shield, his 7 year old nephew, who died on Saturday.

Unlike Ban Ki-moon’s unequivocal condemnation of the kidnapping of Turkish diplomats in Iraq last week where he said, “this is totally unacceptable” and he was “shocked” to learn of the kidnapping by “terrorists”, Ki-moon felt, in the case of Israel, the need to compare, in his boilerplate statement, the deliberate kidnapping of three Israeli children, to the strike against an active terrorist, which also killed a human shield the terrorist thought would protect him from an Israeli strike, as he continues his terror attacks.

Ban Ki-moon expressed, “deep concern on the trend toward violence on the ground and attendant loss of life, including today of a child in Gaza as a result of a recent Israeli airstrike.” Ban urged all parties to “exercise restraint and lend urgent support for the release and safe return of the three youths.”

Ban Hi-moon should have pulled an Obama, and just kept his mouth shut. 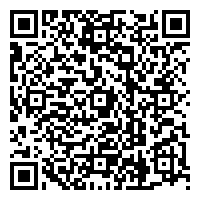