Canada has firmly condemned last week’s Palestinian Authority terrorist kidnapping  of three teenage boys but U.S. President Barack Obama has yet to say a word about the attack — even though one of the hostages is an American citizen.

The boys are students at the Makor Chaim yeshiva high school at Kfar Etzion in Gush Etzion. They were apparently abducted somewhere near the Judean town of Alon Shevut, about 15 minutes south of Jerusalem.


Palestinian Authority Unity Government Arabs starting passing out candies and other sweets in the streets of Judea, Samaria and Gaza, to celebrate the attack after hearing about the kidnapping.

Canadian Foreign Minister John Baird issued the statement Saturday night, strongly condemning the kidnapping and reminding the PA in no uncertain terms that its paramilitary forces were trained, equipped and armed by Canada and the U.S.

“Canada is deeply concerned by reports that three Israeli teenagers may have been kidnapped in the West Bank and condemns those aiming to instigate conflict.

“We urge the Palestinian security authorities, who have been trained through Canadian and U.S. leadership, to make every effort to investigate this incident and work diligently to ensure the safe return of these children to their families.

“We call for the immediate release of the three Israeli teenagers. Whoever has taken this action must be found and brought to justice,” Baird said.

While Canada was unequivocal in its public condemnation of the terror attack on the three innocent teens, Israel’s “best friend” — the United States — has remained silent on the issue. The White House has made no public statement whatsoever, and the State Department restricted itself to a phone conversation between U.S. Secretary of State John Kerry and Prime Minister Netanyahu.

Following is the transcript of the terse dialogue that took place between reporters and the State Department spokesperson as journalists tried to make sense of United States actions in the wake of the terrorist attack on the three boys Thursday night, especially given that one of kidnapped teens was an American citizen.

QUESTION: And last one, and this is in the Middle East. There’s reports coming out of the West Bank that there’s – three teens were kidnapped, and one of them is an American citizen. Do you have anything on that?

MS. HARF: We are aware – of course seen the reports, are very concerned for their well-being. The Secretary a short while ago expressed his concern in a meeting with Tzipi Livni in London and also has spoken with President Abbas this morning about it as well.

We are working with the Government of Israel and with the Palestinian Authority to try to ensure the situation is resolved quickly, and that the three teenagers are safely reunited with their families. I can’t confirm citizenship at this point.

QUESTION: Did you – the Israelis say that the Palestinian Authority has – is responsible for their —

MS. HARF: I don’t have a readout of those conversations.

QUESTION: No, no, no. I understand that, but the Israelis are holding – say that the PA is responsible for their – these – the safety of these three teenagers.

MS. HARF: What we know is the Israelis and the Palestinian Authority are working closely together on efforts to find the three teenagers and to hopefully bring a quick resolution to the matter, and of course giving this cooperation our full encouragement.

QUESTION: But you don’t think that the PA —

QUESTION: Ambassador Shapiro, yes – about the one who has American citizenship. Can you confirm if there was a conversation between him and the Israelis about one of the three, regardless of whether you can confirm —

MS. HARF: I’m sure Ambassador Shapiro has been in contact on this.

For the record, the Fatah faction led by Mahmoud Abbas — who heads the Palestinian Authority Unity Government — has called on shopkeepers in Judea and Samaria via its official Facebook page to destroy their CCTV security camera footage in order to sabotage the IDF’s efforts to rescue the kidnapped teenagers and hunt down the terrorists who attacked them.

If the United States believes that handing out sweets to celebrate the kidnapping of Jewish children by terrorists and destroying security film footage to foil their rescue is evidence of how the new Palestinian Authority Unity Government “works closely together” with the Israeli government to find and rescue the kidnapped teens,  there’s a bridge for sale in Brooklyn. At a bargain price. 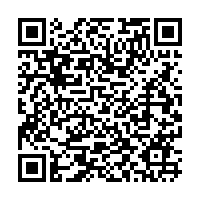