During Wednesday’s special plenary session marking the annual Jerusalem Day holiday, Prime Minister Benjamin Netanyahu said, “We remember Jerusalem before the Six-Day War, when there was no Israeli control here. We will not go back to that reality. We do not need an excuse for our existence in Jerusalem. Our fate is linked to Jerusalem, and this is part of our national and Zionist experience.”

“A solid and decisive majority within the [Israeli] public understands that only democratic Israel is capable of guaranteeing Jerusalem’s existence as a safe city for all religions,” Netanyahu continued. “Tolerance exists only when the things that are holy to the religions are respected. Regretfully, this is not the case in our region. There is a war here of who will destroy whom, who will kill whom, who will destroy national treasures – as could be seen with the incitement on the Temple Mount. People claimed that we want to destroy the Al-Aqsa Mosque, something that never happened. They claimed we have no connection to the Temple Mount. This is such an absurd claim. Both temples stood on the Temple Mount for some 1,000 years, and we have no connection to it? King David made Jerusalem our capital 3,000 years ago. Does anyone claim that the pyramids have no connection to Egypt? That the Coliseum is not connected to the Italians?”


Referring to the wave of terror, Netanyahu vowed that the violence “will not weaken our spirit. Jerusalem is a complex city, and there is, of course, tension between the populations; tension that is characteristic of other cities in the world. I believe that most of east Jerusalem’s residents want quiet, and I believe we should not allow anyone to light a fire and spark extremism. If they will do it again, we will act accordingly.”

Opposition leader MK Isaac Herzog (Zionist Camp-Labor) said, “Sadly, we are currently in the midst of a struggle for justice and the law in our midst us. We are getting further and further from the moral backbone our prophets wanted to give our nation. There are terrible acts of violence and racism, rifts, polarization, and harsh words are being thrown into the Israeli air as though all the lines of respect, self-restraint and responsibility have been breached. We are moving further and further away from the saying ‘Pray for the peace of Jerusalem; may those who love you be secure,’ because physical presence in Jerusalem was not necessarily the dream of the generations.”

“Jerusalem will not remain Jewish, moral, whole and safe unless a dramatic political change will occur here and unless we urgently move towards an agreement between both nations, without delay and without excuses,” Herzog stated.

Knesset Speaker Yuli Edelstein noted that during the Six-Day War the government of Levi Eshkol made the historic decision to reunify Jerusalem in a small shelter in the Knesset building. The shelter has recently been restored as a small museum.

“As a result of this historic decision, two days later the Old City, with the Western Wall and the Temple Mount, was returned to us, and the city was united,” Edelstein said.

“There are those among us who reject the notion of holding on to [all of Jerusalem]. They view the unification as a mistake and not as a right and the realization of the vision of all generations,” Edelstein continued. “In order to clarify their claim, they wave the overused argument that when we said ‘If I forget thee, O Jerusalem, let my right hand forget her cunning’ we did not mean Shuafat or Jabel Mukaber. This is a wrong and misleading claim, because when King David wrote those words of yearning for the holy city, he was not familiar with Rehavia or Talbieh (Jewish neighborhoods of Jerusalem). He simply wrote about Jerusalem.” 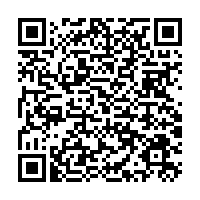