If you wear a yarmulke or a sheitel or display any other distinguishing Jewish characteristics (beard, peyot, etc.), you wield great power and influence in ways you never knew possible.

By wearing a yarmulke or a sheitel and dressing modestly, we show our adherence to Torah. And indeed the world sees us as representatives of Torah-observant Judaism. But that’s a double-edged sword. Because when we behave kindly, justly, and honestly, the yarmulke or sheitel we wear magnifies the Kiddush Hashem – the sanctification of God’s Name – inherent in our actions. But when, God forbid, we don’t act like a mensch should, the Chillul Hashem – the desecration of God’s Name – is all the worse.


I’ll never forget the time I observed a frum Jew drive his car into a gas station, leave it in the gas line, and proceed to shop at a neighboring kosher market. He pretended not to hear the many drivers who were honking their horns in frustration and anger at this bearded and clearly frum Jew who cared about nothing or no one but his own shopping.

I went inside, found him, and politely requested that he move his car. He refused until I point-blank asked him if he realized that because of his clear identification as a frum Jew he was causing a massive Chillul Hashem.

Not long ago I was in shul and speaking with someone between aliyot. Of course, the ideal is to keep quiet and I was wrong for not doing so, but what happened next was worse. Someone in the shul proceeded to berate me, asking “Why are you here anyway?” Before I could reply he declared, in a contemptuous voice, “You shouldn’t come to shul!”

Later, as I was leaving, a visitor to the synagogue who was not frum came over and said to me, “I would never come back to shul again if I were you.” Note that he did not say “this shul” – he said “shul,” as in any shul.

A few months later someone I know told me about the time he decided to drive six hours (three each way) and be menachem avel a dear friend who was sitting shiva for his father. Upon his arrival, he sat next to his friend for a while. The friend, knowing he’d driven a long way, told him to go get some food in the kitchen. He proceeded to the kitchen with some other guests and, in order not to feast in a shiva house, limited himself to two very small helpings of Chinese takeout.

He’d barely taken his first bite when a religious-looking woman abruptly stopped him and gave him the third degree, demanding to know who he was. He explained that he was a close friend of the son of the niftar. She retorted, ” I’m asking because the food isn’t for just anyone to eat. It’s for family and close friends.”

Embarrassed, he started to leave, only to be told by some people there that the woman was a “very big tzadeket [righteous person]” and meticulously frum.

As he made his way to the door, he heard her half-hearted apology: “I’m sorry if I embarrassed you.” Instinctively, he responded “Well, you did.”

With that, this “tzadeket” exclaimed: “Well, maybe next time you should identify yourself in a shiva home so people will know who you and whether or not you can eat.” (Imagine what this woman would be like if she weren’t a “tzadeket”…)

A few years ago, I sold a pair of earrings to a woman whose check bounced. I called the lady. She refused to pay and refused to return the jewelry as well. After I filed a lawsuit, she actually asked me, “How can I pay you when I’m paying for two married kids learning in kollel?”

Unfortunately, it seems that many frum Jews are not ashamed to act this way. But why? Are they not aware that in the very Torah they study and teach their children, Chillul Hashem is considered the very worst sin?

When we put on our Jewish “uniform,” people watch to see whether we are acting like a sincerely observant Jew or a religious hypocrite. And believe me, they are watching.

When you put your groceries on the supermarket counter and go back to pick up more items from the shelves, not caring about the shoppers in line behind you, people are watching.

When you cut a line in a store or return an item of clothing after several months and claim you never wore it, they’re watching.

When your sheitel covers every hair but your skirt is so tight it’s nearly tearing at the seams, they’re watching.

When you say the check is in the mail and it never was, they’re watching.

When you don’t honor your word, they’re watching.

And by the way, He‘s watching too. 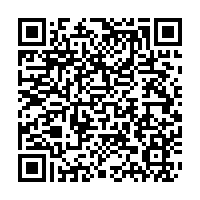