A Haredi IDF soldier was chased out of the Toldos Avraham Yitzchak shul on Monday morning, in the Beit Shemesh neighborhood of Nachala U’menucha, after appearing at Shacharit services in his uniform.

B’Hadrei Haredim reported that the soldier arrived at the shul, located at Hazon Ish Street, at about 10 AM, looking to participate in the morning service there.


Before entering the shul, he sat outside the building. One of the Chassidim passing by requested that the soldier “keep out.”

He explained to the soldier that since he was wearing the uniform of the “Army of the Zionist State,” he was not permitted to enter a shul whose members strongly advocate an anti-Zionist ideology.

The soldier, who was shocked at the blunt order, complied.

However, a few minutes later, when he discovered that there was no other prayer minyan at such a late hour, he entered the shul to pray. At this point, he was attacked by an individual who shouted, “Get right out. Get out, you tameh (impure being)!” as onlookers stood by and did not come to the soldiers aid.

The soldier, trying to avoid an even more embarrassing scene, went out to the courtyard where he finished praying.

Several community members admonished the man who had thrown him out. “He’s a Haredi just like we are,” said one of them.

“What you did is a desecration of God’s name and it’s as if you spilled his blood,” added another.

In contrast, another man witnessing the commotion commented, “Stop blabbering. If you’re so worried about the soldier, let him marry one of your daughters.”

The soldier, 27, is married and the father of two children. 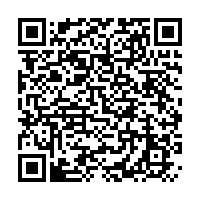