SALT LAKE – The General Convention of the Episcopal Church in the United States met in Salt Lake City yesterday, Thursday, July 2 and rejected in a voice vote the proposal to divest from businesses that have operations in Judea and Samaria and to boycott products from the region.

At the Church’s 78th General Convention, the House of Bishops, led by Presiding Bishop Katharine Jefferts Schori, overwhelmingly defeated the Boycott, Divestment, Sanctions resolution. The Episcopal Church has around 1.8 million members across the United States.

Commenting on the text of the resolution, Bishop Ed Little of Northern Indiana said that it was “clearly and unmistakably advocates boycott and divestment, and we must reject it,” according to a news report by the Episcopal News Service. “As Anglicans, we have the gift and ability to reach out to people on both sides in the conflict. That is what the Episcopal Church is doing in the Middle East. Our current leadership under the presiding bishop is allowing us to be peacemakers.”

Another bishop, Leo Frade of Southeast Florida said in the Episcopal News Service report that his experience of embargoes and blocking, in particular the embargo of Cuba, backfire. “It hurts the same people we think we are helping. Palestinian jobs depend on investment, not on divestment.”

In addition, delegates at the Mennonite Church USA in Kansas City, Missouri, decided to delay a vote on divestment from Israel until their next assembly in 2017. Ronald Lauder, the president of the World Jewish Congress (WJC) hailed the decision by the General Convention of the Episcopal Church to reject themotion endorsing the Boycott, Divestment and Sanctions (BDS) movement.

“We wholeheartedly thank the Episcopal Church convention for lending its support to Israel on this issue, and for taking a moral stand. We sincerely hope that other major church denominations in America will follow this example and stop the BDS movement in its tracks.”

Earlier this week, the General Synod of the United Church of Christ (UCC) voted in favor of divestment from Israel.

“Endorsing BDS does nothing to improve the plight of the Palestinians, in particular not of those employed by Israeli companies in the West Bank. Endorsing BDS also doesn’t contribute to ending the Israeli-Palestinian conflict. All it does is to sow division and hatred,” added Lauder.

The WJC president said the real motive of the BDS movement was “to put into question the existence of Israel as the democratic nation-state of the Jewish people.”

“The BDS movement won’t bring peace and justice to the Middle East; that will only come once the Palestinians and their supporters choose cooperation over confrontation.”

This week, Malachi Rosenfeld, 26, of Kochav Hashahar in the Binyamin region, was killed in a terror attack on Monday when Palestinian terrorists fired upon him and other passengers while they were driving back from a basketball game. 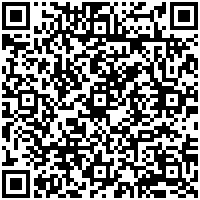