On Friday, July 3, the United Nations Human Rights Council approved a Resolution condemning Israel for violating human rights during the summer of 2014 conflict with Gaza known as Operation Protective Edge.

The resolution was based on the investigation conducted by a committee appointed by the United Nations, and headed by Mary McGowan Davis. The UN’s original choice to head the committee, William Schabas, had to resign from that position when it was revealed that Schabas had been a paid advocate for the PLO. But even the report named both Israel and Hamas as potentially having committed war crimes.


Although purportedly based on the committee report, the resolution was drafted by Palestinian Arabs and Arab states, according to Haaretz.

When the report was released last week, it was blasted by both Israel and the United States.

Although only the U.S. voted against the resolution, several states abstained. Those abstaining were India, Ethiopia, Paraguay, Macedonia and Kenya.

The vote took place Friday afternoon, July 3. That same day Israel was fired at from the Sinai, on the heels of vicious attacks against Egyptians by ISIS affiliates, while violent unrest roils the region. An ISIS affiliate claimed it was responsible for the rocket from Sinai.

Israel’s Prime Minister Benjamin Netanyahu had this to say about the vote:

“On the day on which Israel was fired at from Sinai, and at a time when ISIS is committing vicious terrorist attacks in Egypt, as Assad slaughters his people in Syria and as the number of arbitrary executions per annum climbs in Iran — the U.N. Human Rights Council decides to condemn the State of Israel for no fault of its own, for acting to defend itself from a murderous terrorist organization.

“Israel is a stable democracy in the Middle East that upholds equal rights for all its citizens and acts in accordance with international law.Those who fear to openly attack terrorism will – in the end – be attacked by terrorism.

“The council that has hitherto adopted more decisions against Israel than against all other countries cannot call itself a human rights council.The State of Israel will continue to defend its citizens against those who call for its destruction and take daily action to achieve this goal.”

The Resolution calls on all parties to comply with an investigation currently underway but the prosecutor’s office of the International Criminal Court to determine whether a case based on the allegations in the report and the UNHRC Resolution should proceed there. 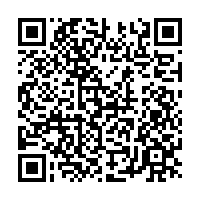