Israel Beitenu MK Anastassia Michaeli has been suspended from the Knesset plenum by the Knesset’s Ethics Committee for a period of one month, in the wake of Monday’s incident where she threw water on Labor MK Ghaleb Majadle’s during a Knesset’s Education, Culture, and Sports Committee session.

This sanction is the harshest ordered by the current committee, as a typical suspension for disciplinary reasons lasts  a day or two. In comparison, Balad MK Hanin Zoabi, who participated in the Gaza flotilla, was suspended for two weeks. Nevertheless, Michaeli apologized to the Ethics Committee, saying she was “was upset and it happened in the heat of the moment. I had no intention of disrespecting the Knesset or the Knesset member personally.”

Michaeli is permitted to participate in any votes held during her suspension. 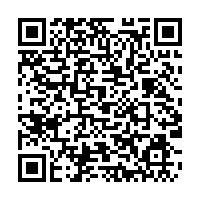