Justice Minister Ayelet Shaked (Bayit Yehudi) sponsored the bill. She told journalists it was intended to provide authorities with the many tools needed to “lead an effective battle against terrorist organizations, both in fighting their expanding activities and the funding that enables such activity.


“We believe that passing the Terror Act, in its current version is a necessary and vital step to advance the fight against terror,” she said. “In this fight, there is no ‘Left’ and ‘Right,’” she emphasized.

The proposal for the bill was formulated originally during the term of former justice minister Tzipi Livni. It gathers all current legislation dealing with counter terrorism into one measure, and broadens the definition of what constitutes a terrorist organization.

Under the new law, administrative detentions will be legalized, and those who support terrorism will receive up to three years’ imprisonment. The definition of terror support will include posting praises of terrorism online, waving flags connected with terror activity, etc.

In addition, accomplices to such crimes will receive the same penalties as perpetrators.

The maximum prison term will be raised to 30 years for terror-related crimes as well.

The notes of explanation that accompany the legislation point out: “The legislation’s objective is to give state authorities the proper legal, criminal and public tools to deal with the terror threats the State of Israel is facing… This is due to the unique nature of this type of crime, which is reflected in the severity of the infringement, on the one hand, and the difficulty of fighting it because of its scope and complexity on the other hand.”

It now moves to the Knesset Constitution, Law and Justice Committee for amendments and changes prior to a second and third, final reading. 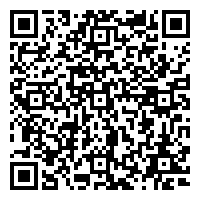