Members of the National Union faction, which included Jewish Home Knesset members, toured the Old City of Jerusalem on Thursday night, after the dedication of a new residential building for Jews in the Muslim Quarter.


“The same voice that protects the Shiloh Valley mandates a Jewish building freeze in Jerusalem, the eternal capital of Israel,” observed Jewish Home MK Bezalel Smotrich in remarks at the ceremony. “This is a demographic threat to Jerusalem, one that is absurd and not to be tolerated.

Kalmanovich noted that the evening included a “unique Selichot Tour of the Muslim and Christian Quarters, within which there is also a Jewish presence, albeit not yet large enough, but one which must continue to grow as a daily statement of the Jewish reality here.

“This dedication of a building where Jews are coming to live in the Muslim Quarter is the best answer to the condemnation and hypocrisy of the international community,” he said. 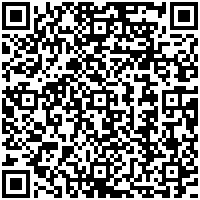