A Christian American fugitive moved to Palestinian Authority areas in Judea and Samaria and obtained weapons he intended to use to attack Muslim holy sites, according to information released by police following the lifting of a gag order.

Police arrested Texas native Adam Everett Livvix, age 30,  on November 19, and said Tuesday he is wanted in the United States for drug-related offenses.


He moved to Arab villages in the Bethlehem and Hebron areas, south of Jerusalem, and hooked up with a Palestinian Authority Arab who offered him sharpshooter rifles to kill President Barack Obama during his visit in 2013.

Livvix did not accept the proposal and instead kept his aim on Muslim sites.

He left the Bethlehem-Hebron area and moved around for more than a year as an unregistered alien in Netanya and other cities, telling people he had been a member of the US Navy commando SEALS unit.

Police, acting on intelligence information, searched his home and found bullets and rifle parts that had been stolen from the IDF. They also found explosives. Livvix was living with an IDF soldier whom he asked to make a 3-pound bomb.

Not surprisingly, he has been sent for a  psychiatric examination.

Livvix was arrested for unlawful possession of arms and being an unregistered alien. He confessed to several crimes involving fraud and revealed he intended to attack Islamic holy sites. Livvix tried to escape arrest by jumping out of his seven-story apartment window.

The FBI is involved in the case. Livvix is a wanted man in Texas for theft and also has several other warrants in other states.

The last thing Israel needs is a nut case trying to blow up Muslim holy sites.

Arab propagandists still blame Israel for the attempt in 1969 by Australian Christian Denis Michael Rohan, who died in 1995, to burn down the Al Aqsa mosque on the Temple Mount

He called himself “the Lord’s emissary” and that God told him to destroy the mosque to hasten the building of the Third Temple, which would be followed by the resurrection of Jesus, assuming that the all-out war that a “successful” arson attack on the mosque would not have set the entire Middle East on fire, leaving no one around to build the Temple.

The Arab world, of course, blamed Israel for the arson attempt.

Two dozen Muslim countries complained to the United Nations Security Council, and the Jordanian delegate stated, “The Israeli authorities introduced more than one explanation for the start of the fire and at last charged an Australian with the arson. According to news that originated from Israel sources, the Australian suspect is a friend of Israel who was brought by the Jewish Agency to work for Israel.”

Israel is a holy place. It attracts people searching for God and themselves, and they often mix the two together.

Livvix hopefully will be returned to the United States, where it is unlikely that American authorities will let him out of jail as easily and quickly as Israel does. 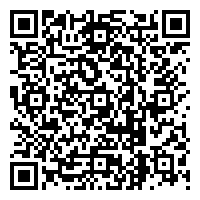