A five-justice Supreme Court panel verbally attacked Arab Knesset Member Hanin Zoabi during a hearing on her appeal to overturn the Knesset’s banning her for six months for speech that included identifying with the kidnap-murderers of three yeshiva students last June.

The justices’ questioning was unusually political, and the harsh criticism of the rabble-rousing MK suggested that it will uphold the Knesset Ethics Committee’s decision when the court hands down a ruling on her appeal.

One after another, the justices scored Zoabi for her claims that she backs non-violence while identifying with the Hamas kidnap-murders of the yeshiva students in a radio interview last June, before it was known that the boys had been murdered.

She told the interviewer that the kidnappers were not terrorists and simply are your average Joes, or Mohammeds, who “see no other way to change reality.”

Wouldn’t she be great on a Reality Show?

Some of her other exploitation of free speech have been to back a “siege on the State of Israel instead of negotiating with it.”

By the way, Zoabi lives in Nazareth, in the Galilee and has not professed that she would prefer to live in the Palestinian Authority and try her “free speech” approach to criticize Mahmoud Abbas.

More likely, she is waiting for the Palestinian Authority to take over all of Israel.

And what does Madame Zoabi have to say about today’s judicial lesson that free speech does not cover direct incitement?

She was very surprised at the justices’ line of questioning and is optimistic they will rule in her favor and against the Knesset Ethics Committee.

If the court were to rule against her, she said, “racists and bigots will wipe out any chance of peace co-existence.”

Speaking to the press, Zoabi said she was surprised by the political nature of the discussion, but hoped that the court finds in her favor. “Otherwise, the racists and bigots will eradicate any chance of peaceful coexistence in this country,” she said.

She was not holding a mirror in front of her face when she made the statement. 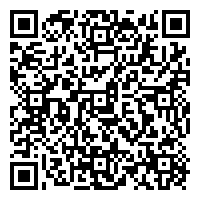