National Intelligence Director James Clapper claims that recently freed Israeli spy Jonathan Pollard, who spent the past 29 years behind bars in a maximum security prison, where national security information was not readily available, presumably, nevertheless still holds information that could harm American national security, which is why he must endure the strict parole conditions imposed on him for the next five years. These include not permitting him to move to Israel, where he has been granted citizenship.

US District Court in the Southern District of New York on Tuesday granted Pollard a hearing of his appeal against the parole conditions, which require him to wear a GPS device that violates Shabbat and holidays. Also, his computers are being monitored by the government, which Pollard says limits his employment opportunities.

Pollard’s lawyers Eliot Lauer and Jacques Semmelman wrote the judge a letter saying, “Even assuming some information [inside Pollard’s head] is still ‘classified’ as a practical matter, it is extremely unlikely that Mr. Pollard remembers, or could possibly remember, the details of 30-year old information to an extent that it could be of any value to anyone.”

The lawyers added, “There is nothing before the commission to indicate that Mr. Pollard ever memorized the documents he delivered, or that he could possibly remember any usable details 30 years later.” 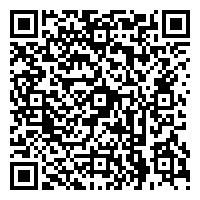