U.S. evangelists are up in arms over the disproportionate number of Muslim refugees who have entered the United States.

However, a Bloomberg poll has shown that two-thirds of Americans don’t discriminate between Christian and Muslim refugees and that they don’t want either of them in the country.


The Christian News Service (CNS) claimed that since the Paris massacres last month, “the State Department has admitted 132 Syrian refugees into the United States, and all 132 are Sunni Muslim.”

No Christian, Druze, Shi’ite, Alawite, or member of any other religious minority in Syria has been admitted over that period, according to data from the State Department Refugee Processing Center.

The Washington Free Beacon reported, shortly after the Paris attacks, that a grand total of five non-Muslims entered the United States since October 1. Three of the five were Catholics, one was Christian and the fifth was an “Orthodox believer.”

“This accounts for just 1.6 percent of all refugees accepted, far below the 10 percent of the population Syrian Christians comprise,” according to the website. CNS reported this week:

A similar trend can be seen over the entire period of the Syrian civil war, which began in mid-March 2011.

Only 53 (2.3 percent) were Christian (including five Orthodox and four Catholics). The remaining religious breakdown was eight Jehovah’s Witness, six Zoroastrians, three atheists, two Baha’i, one Yazidi, seven ‘no religion’ and six ‘other religion.’

Republican presidential candidate Jeb Bush said in a Town Hall meeting on Tuesday in Iowa that the Obama administration should be more open to admitting Christian refugees from Iraq and Syria because of the persecution they face.

He explained said Christians face rape, slavery and beheading at the hands of the Islamic State (ISIS) and that if they are able to escape, other Muslims persecute them.

President Barack Obama plans to admit 10,000 Syrian refugees and has sharply criticized Republican presidential hopeful Sen. Ted Cruz for saying priority should be given to Christians.

When I hear folks say that, well maybe we should just admit the Christians but not the Muslims, when I hear political leaders suggesting that there would be a religious test for which a person who’s fleeing from a war-torn country is admitted, when some of the those folks themselves come from families who benefited from protection when they were fleeing political persecution, that’s shameful.

Hillary Clinton also has come out against favoring Christians. She said, “Turning away orphans, applying a religious test, discriminating against Muslims, slamming the door on every Syrian refugee—that is just not who we are.”
Since January, 1,875 Syrians have arrived in the United States, but only 30 (1.6 percent) of them were Christian, compared with 1,833 Muslims (97.8 percent). 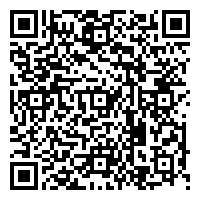