The United States has just promised to replenish Israel’s arsenal in an arms sale worth $1.897 billion.

The State Department approved the transaction this week, which includes a sale of bunker buster bombs, Hellfire missiles, laser-guided bombs and other ordnance, pending Congressional approval.


But there may be a catch. Although U.S. officials are not making the sale conditional, it is clear the Obama administration is hoping for peace from the Netanyahu government in return for ensuring Israel’s military survival.

“The United States is committed to the security of Israel, and it is vital to U.S. national interests to assist Israel to develop and maintain a strong and ready self-defense capability,” read a statement from the U.S. Department of Defense. “Israel, which already has these munitions in its inventory, will have no difficulty absorbing the additional munitions into its armed forces. The proposed sale of these munitions will not alter the basic military balance in the region.”

The Defense Security Cooperation Agency, a section of the Department of Defense, submitted to required certification to Congress on May 18.

However, U.S.-led world powers is continuing talks with Tehran over a 10-year deal to limit, but not to end, its nuclear technology program. Israel has insisted the deal under discussion is a “bad deal” and one that will facilitate Iran’s path to an atomic bomb, rather than obstruct it.

The arms supplies approved for Israel are aimed at smoothing the ruffled feathers in the Jewish State over that agreement as well. 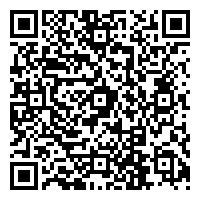