First we learned that the traditional pro-Israel language affirming that Jerusalem is the capital of Israel was deleted from this year’s Democratic Party Platform.  Then, after waves of negative publicity, the Democrats re-inserted the magic language in a balagan that will be remembered as one of the most chaotic moments in political party convention history, despite the lack of an obvious 2/3s majority.  In less than an hour, Democratic National Committee Chair Congresswoman Debbie Wasserman Schultz (D-Fl) was saying, with a straight face, that of course it was the position of this administration, as it always had been, that Jerusalem is the capital of Israel.

And Wasserman Schultz insisted that the position of President Obama has always been that Jerusalem is and always will remain the capital of Israel.  What’s more, she stated in numerous interviews, that it was President Obama who made sure that the language be re-inserted into the platform.  Never mind that Wasserman Schultz has, throughout this campaign, adamantly supported the State Department Spokeswoman and the White House Press Secretary’s refusal to name Jerusalem as the capital of Israel.


But we’re not done yet.

MR. VENTRELL: Okay, good afternoon. Welcome to the State Department. We have with us some diplomats who are headed out to be spokespeople at some of our embassies overseas, so welcome to the briefing, to all of you. I don’t have anything else, so I’ll turn it over to you.

QUESTION: Which city does the U.S. Government recognize as the capital in the – Israel?

QUESTION: I mean, no city is recognized as a capital by the U.S. Government?

MR. VENTRELL: Again, I just stated our position, and it’s one we’ve said here many times before.

QUESTION: That means Jerusalem is not a part of Israel?

MR. VENTRELL: What it means is that the status of Jerusalem must be resolved in final status negotiations.

QUESTION: But you do have an Embassy in a city which is not Jerusalem.

MR. VENTRELL: Our Embassy is in Tel Aviv, and we have a Consulate General in Jerusalem.

QUESTION: Right. But I mean, if you have an Embassy, usually it’s in the capital; so therefore, it would appear that you believe that Tel Aviv is the capital.

MR. VENTRELL: What we believe is that the status of Jerusalem should be determined in final status negotiations between the two parties. And currently, our Embassy is in Tel Aviv.

QUESTION: What does the U.S. think the capital of Israel is? What do you —

MR. VENTRELL: As I’ve just said, we believe that the status of Jerusalem is an issue that should be resolved in final status —

QUESTION: I’m not asking you that question. I’m asking you what you think the capital is.

MR. VENTRELL: And my response is that Jerusalem is an issue that should be resolved in final status negotiations.

QUESTION: She didn’t ask about Jerusalem, though.

MR. VENTRELL: Look, this is something we’ve been through at this podium. Toria has been through it before. We’ve repeated it many times. You know that the position is. It hasn’t changed for decades.

QUESTION: Wait, I know that. And I don’t want to play the verbal game, I’m just very curious if you actually have a position about a capital of that country. And if you don’t, if – I just would like to hear you say you don’t. 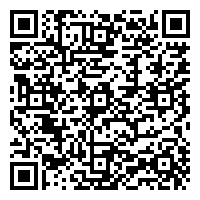