Over the past few weeks, the Israeli counter terrorism command approached national security forces in Cyprus, Greece, Bulgaria, and Thailand, requesting that they increase both the overt overt security for Israeli tourists who will be traveling to these countries during the Tishrei holiday period (Rosh Hashanah through Simchat Torah) when hundreds of thousands of Israelis are expected to visit abroad, Israel Today reported.

According to a senior official in the counter terrorism command, “Iran is conducting a terror campaign against Israelis abroad, utilizing its satellite, the Hizbollah.”


According to him, “the terror campaign did not top at Burgas, Bulgaria.” In addition to concrete warnings about a possible terrorist attack on Israelis in the Sinai, there is no other alert about plans for a terror attack in the immediate future anywhere else.

According to the counter terrorism official, the Sinai peninsula is today under the most serious terror threats. He estimates that there are thousands of Israelis in the Sinai, most of them Arab-Israelis, and only a small number of Jews. “True, there aren’t many, but one or two is enough for them to kidnap to Gaza or some other place,” he stated. “The terror organizations in Gaza as well as other forces are continuing their operations there, with a focus on kidnapping Israelis in the Sinai in the immediate future.”

The command noted that for Rosh Hashanah approximately 30,000 Israelis are traveling to Uman in the Ukraine, to celebrate the high holiday near the tomb of Reb Nachman of Breslov. Israel has already requested the Ukrainian government to increase security in the area.

However, there are no new travel warnings for Israelis and no new countries added to the list where Israelis may not travel.

Maariv reported that an entire airport was closed as Eli Gutman, coach of Israel’s national soccer team, and his players, landed in Azerbaijan for Friday’s 7 PM game in the early rounds of the 2014 world Cup.

All traffic in the airport was brought to a standstill, enabling the Israelis to move under heavy security from the plane to their hotel in Baku. The team received strict security instructions because of an active terror alert. The players were asked not to leave their hotel.

The security briefing was conducted as soon as the team arrived at the hotel.

Practice will take place Thursday at the stadium where the game is scheduled to take place Friday. 30,000 Azerbaijani spectators have already reserved seats for the game. 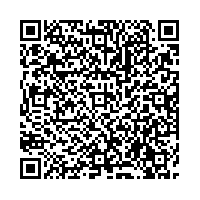