Jewish mega billionaires Sheldon Adelson, Haim Saban and others are gathering members of The Tribe this weekend for a secret meeting on how to fight the Boycott, Divest & Sanction movement against Israel.

In the past year, student groups at a record 15 universities have adopted resolutions that demanded divestiture of the funds of their college funds from Israel-linked firms.


Adelson, who owns a casino as well as a vast array of media outlets, will host the meeting in Las Vegas, according to a report by The Forward newspaper.

A select list of pro-Israel activists have been invited to the closed-door weekend, which is not being discussed on the record by anyone.

The summons received by those who were invited requested their presence for an effort to brainstorm with the philanthropists at the Venetian Hotel.

Israeli-born Los Angeles Hollywood billionaire mogul Haim Saban is apparently one of the active movers behind the initiative, according to a source quoted in the report. Saban has already apparently spoken with former Israeli Ambassador to the U.S. Michael Oren, now a Knesset Member, to discuss the idea of setting up a task force to deal with BDS activists on American college campuses. The project would be aimed at countering anti-Israel activity on campus.

Another Israeli-born philanthropist, California real estate developer Adam Milstein, is allegedly the brains behind the actual structuring of the project. Milstein recruited Canadian businesswoman Heather Reisman along with Adelson. 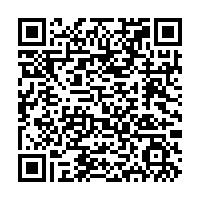