Did the IRS also target tax-exempt groups that opposed Administration policy priorities? The Wall Street Journal on Tuesday mentioned the case of Z Street, a Pennsylvania pro-Israel group whose president is none other than The Jewish Press’ Lori Lowenthal Marcus.

Z Street (you get the idea behind the name, right? Z for Zionist versus J Street for Jews who hate Zionism) filed for 501(c)(3) status in December 2009, as an educational group. According to Lori, their tax attorney called the IRS in July 2010 to find out why it was taking so long to receive the status, and the IRS auditor on the case, Diane Gentry, said the application was taking so long because auditors were supposed to give special scrutiny to groups “connected with Israel.”


Folks, this is nightmare territory, except, it turns out, all your nightmares have been real. The U.S. may declare its friendship to “the Jewish State” night and day, but when it comes down to the reality of tax exemptions, you’ll get a better treatment if you’re associated with Hamas than with right-wing issues in Israel.

Lori told the WSJ that Gentry, the auditor, explained that many applications related to Israel had to be sent to “a special unit in D.C. to determine whether the organization’s activities contradict the Administration’s public policies.”

This is Venezuelan style democracy, folks. And the fact that the IRS auditor was citing it mater-of-fact like, suggests it was actual policy, and, as such, a blatant violation of every known democratic principle.

Z Street filed suit in August 2010 in federal court in Pennsylvania on the grounds of “viewpoint discrimination,” and its case has since been moved to Washington, D.C.

“As the American government seeks to end the four-decade Jewish settlement enterprise and foster a Palestinian state in the West Bank,” the NYT wrote, “the American Treasury helps sustain the settlements through tax breaks on donations to support them.”

The hearing of the Z Street case is scheduled for July 2, in Washington DC. Bring your placards!

Below are two of Lori’s TV appearances, most recently with Newsmax’s Steve Malzberg, and a few days earlier with Fox News’ Greta Van Susteren. 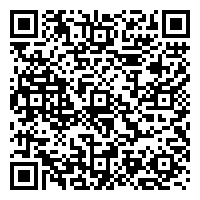