The U.S. State Department issued a quiet little bombshell with an unheralded press release dated April 27, which revealed that on April 24, U.S. Ambassador to the United Nations Samantha Power announced that an additional $6 million of U.S. taxpayer money is being provided to the United Nations Relief and Works Agency for Palestinian Refugees in the Near East (UNRWA) “in response to the devastating crisis in Yarmouk.”

This latest $6 million comes in response to the Yarmouk Emergency Call for Funds, which seeks funding for a 90 day rapid response effort.


This tranche brings the total U.S. contributions to UNRWA in response to the crisis in Syria to more than $57 million in 2015 alone. Keep in mind that UNRWA only serves those designated by the U.N. as “Palestinian refugees,” and not ordinary Syrian citizens.

What has happened in Yarmouk, Syria, has indeed led to a grave humanitarian crisis. Still, the context matters.

When the barbarian ISIS members entered the “Palestinian refugee” camp of Yarmouk, on the edge of Damascus, earlier this month, it had already been the site of two years of deadly clashes.

Those clashes were largely between the members of the Palestinian Front for the Liberation of Palestine – General Command, which supports the Assad regime, and the Palestinian Arab camp residents who oppose the Baathist regime of Assad. Yarmouk was also the site of several bombing raids by Syrian Army jets.

So for years, as the civil war in Syria has raged on, the civilian population throughout Syria has suffered appallingly. The recent murders and brief takeover of Yarmouk by ISIS has further led to “severe restrictions on food, medicine, clean water and electricity.” This is tragic, beyond a doubt.

But is the answer to the problem to just keep funneling in money to UNRWA, an agency that would not exist were these particular people living in Syria not labeled “Palestinian refugees”? The fallout from the latest tragedies would exist, of course, because of the Syrian civil war and the ISIS barbarism, but it is exponentially larger because the people in this “refugee camp” have never been absorbed into the general population of Syria (or Lebanon or Jordan, for that matter).

Why is it that the U.S. government believes taxpayer funds must be used to sustain a “Palestinian refugee” population indefinitely, putting aside the question of why they are considered refugees at all. That civilians caught in a brutal civil war should be the recipients of humanitarian aid is beyond dispute, but the duplications, to say nothing of the cost of maintaining a separate humanitarian agency just to serve one separate, designated afflicted group cannot be efficient, to say the least.

According to UNRWA (which exists solely to support these “refugees”), “there are 480,000 Palestinian refugees in Syria,” a full 95 percent of whom rely on UNRWA for their basic needs.

Not only that, but 470,000 of those “refugees” rely on small grants to sustain them: in other words, UNRWA is supplying the goods and services for their basic needs in addition to a cash supplement. If this special population were absorbed by their Muslim brethren anytime over the preceding half-century, it is impossible to believe they would not be vastly better off and better able to withstand the current onslaught.

To put it in context, the devastating series of earthquakes that struck in and around Nepal this month has already claimed thousands of lives. The number dead is expected to increase to 10,000. At least eight million people have been affected, nearly one quarter the country’s population, with over two million living in the most severely affected districts.

Vast swathes of the Nepalese infrastructure have been destroyed; the damage is inestimable. 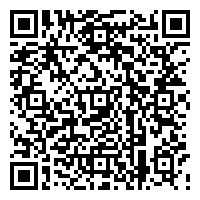